You are here: Home » Appetizer Recipes » How to Make Refrigerator Pickles 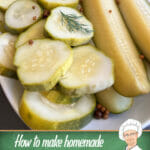 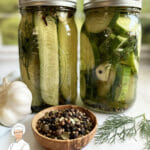 Is your gardening overflowing with fresh cucumbers? Don’t let all those delicious cukes go to waste. Let’s turn them into fresh, homemade pickles!

Making pickles is actual super easy and a lot of fun. Pick the fresh cucumbers right off the vine in your backyard and in just a few minutes, you can have them pickling away in jars, ready to be enjoyed at your next barbecue, picnic or meal.

Pickling is the process of soaking fresh vegetables in a brine solution which generally contains vinegar, salt, pickling spices and other ingredients to round out the flavors. Pickling spice can usually be purchased in the spice section of the supermarkets. While the ingredients can vary from different brands, most have a few standards: including peppercorns, mustard seen, coriander seed and dill seed to name a few.

What is the Pickling Process?

Generally, the traditional pickling process can be a little bit involved when making pickled products that will last for many months. This involves sterilizing the jars and several other steps. For this recipe, we’re making refrigerator pickles. That means we keep things much more simple, and can enjoy our pickles for a couple of weeks.

The process for refrigerator pickles is so simple…

It’s a super simple process and we LOVE to serve our fresh, homemade pickles when we have guests or gatherings.

What Kind of Cucumbers are Needed?

There’s several varieties of cucumbers , but the most common pickling cucumbers are called Kirby cucumbers. Kirby’s shorter and bumpier than the traditional long and smooth cucumbers. Persian cucumbers and English cucumbers work well too. Of course, there’s the common salad cucumber and while those will work, they won’t have the same crunch as the more popular pickling cucumbers. Either way, we can pickle them all, no matter the variety you have. 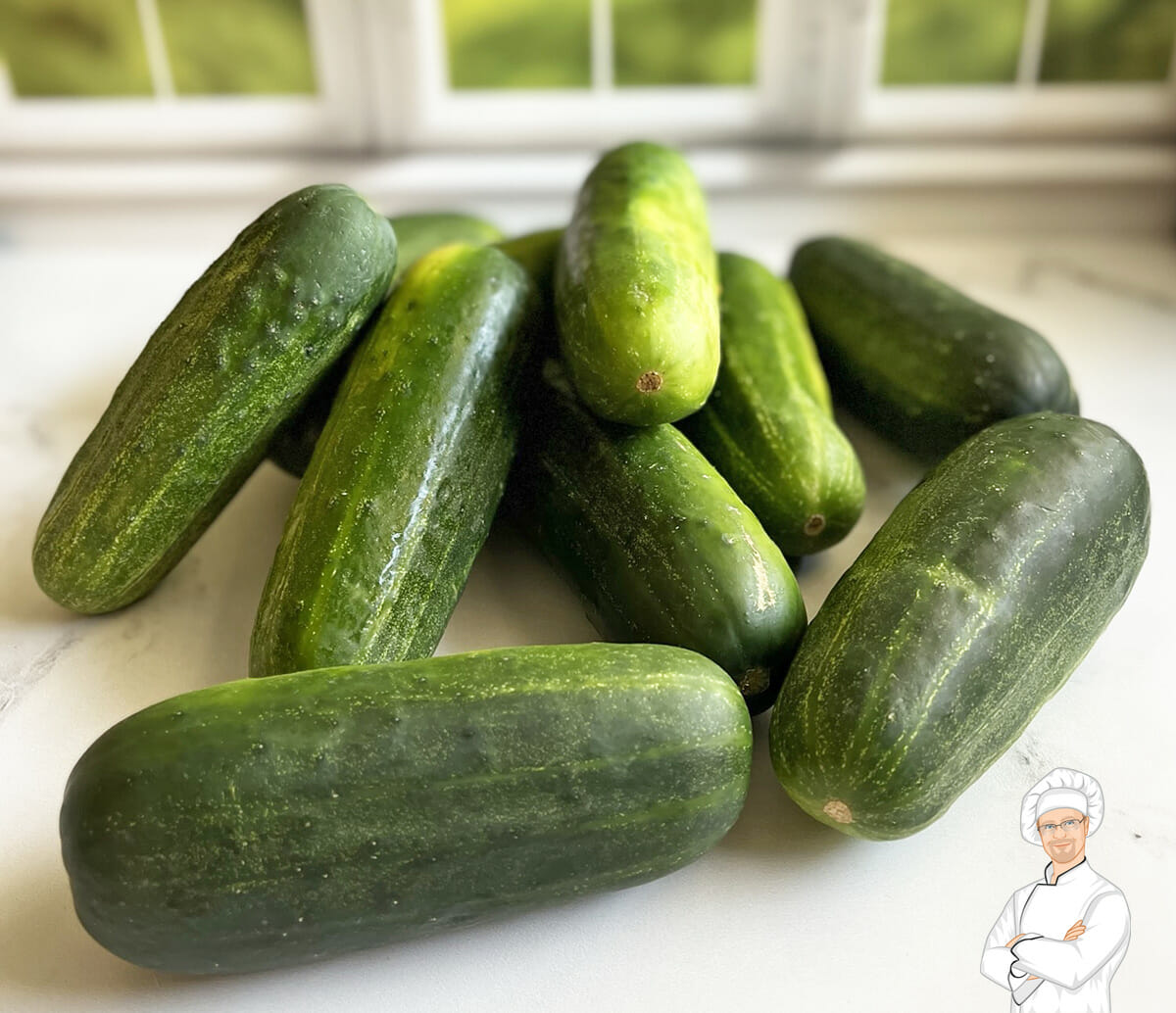 If you’re purchasing them from the store, most supermarkets will simply have them labeled as “pickles”.  These are usually the Kirby variety cucumber.

For this recipe we use 2, quart sized mason jars which will hold approximately 4-6 home grown cucumbers or pickle variety cucumbers. The quart-sized jars are the perfect height for this recipe. But really, any sealable glass container will work.

That’s it! See? Told you we keep it simple!

Start by rinsing the cucumbers of any dirt or debris. With a sharp knife, carefully slice the pickles into quarters to create spears. You can also slice them into rounds of about ¼″ thick. I try and use cucumbers that are similar length and width, just to make sure they’re uniform and fit in the jars ok. But no worries about being exact with that.

Additionally, you can slice them in half and leave them at that. The pickling time will be best after 2 days for halves and quarters. The slices should be good to go in about 24-hours.

Boil the Brine and Be Cool

Place the vinegar, water, salt and sugar into a pot on the stove top and bring to a quick boil. The reason for this is to fully dissolve the salt and sugar. Is it completely necessary? Well, i’ve made it both ways, with and without boiling and it does indeed create a cleaner looking brine.

Also, be sure to let that brine cool before adding to the pickles. It doesn’t have to be cold, but we don’t want to pour boiling water on the fresh, crisp pickles. Let it cool to the touch first.

Prepare Your Pickles for Pickling! 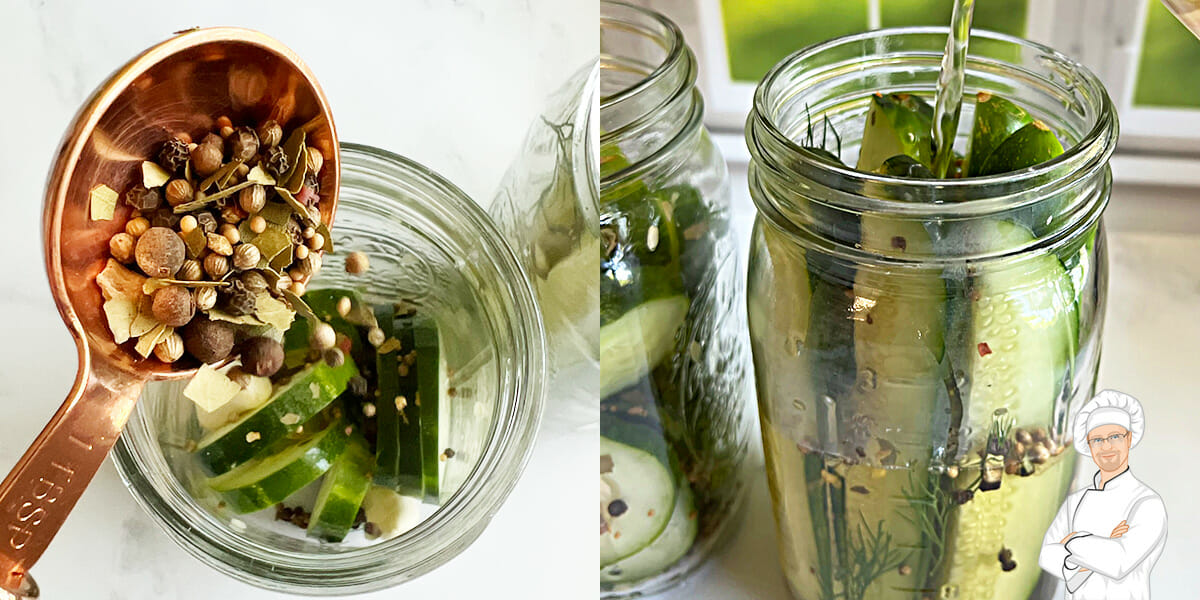 Secure the lids to the jars and place in the refrigerator. For best results, wait about 24 hours before serving. For larger sizes such as half pickles, give them 48-hours before enjoying.

You Have Now Made Refrigerator Pickles

Your homemade refrigerator pickles will be a big hit when served at your next barbecue or picnic. These pickles are not meant to be canned. Rather, they are meant to stay in their jars in the fridge for up to 2 weeks. If you go through the pickles quickly, save the brine! You can add another couple of rounds of pickles. After 3 batches, it will be time for new brine. 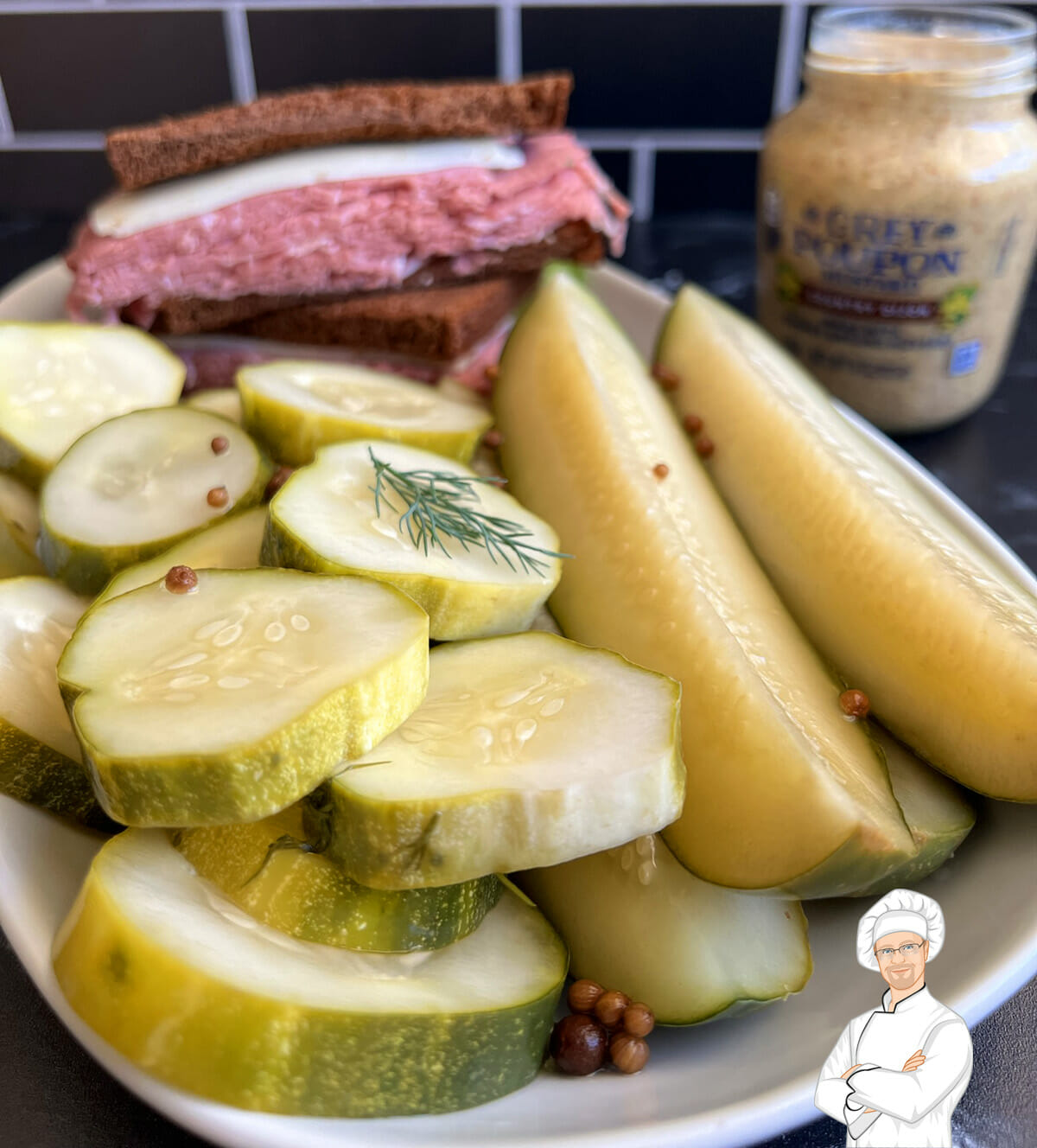 Fresh, delicious homemade pickles made with easy steps and ingredients. Picked fresh from your garden, these treats are ready to enjoy the next day! 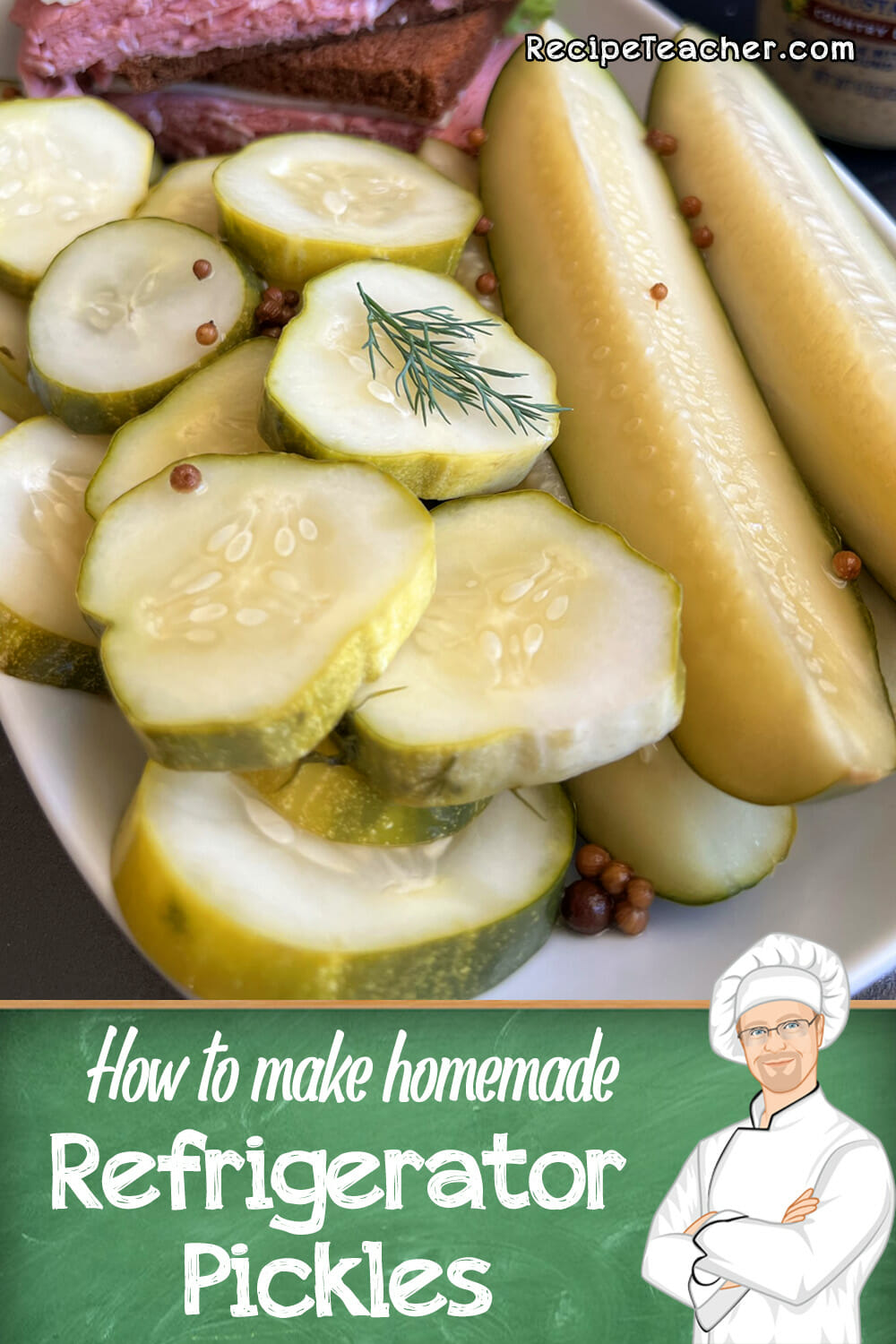