Cinnamon Roll French Toast takes a classic recipe, adds cinnamon and tops if off with a delectable cream cheese frosting that is absolutely heavenly. 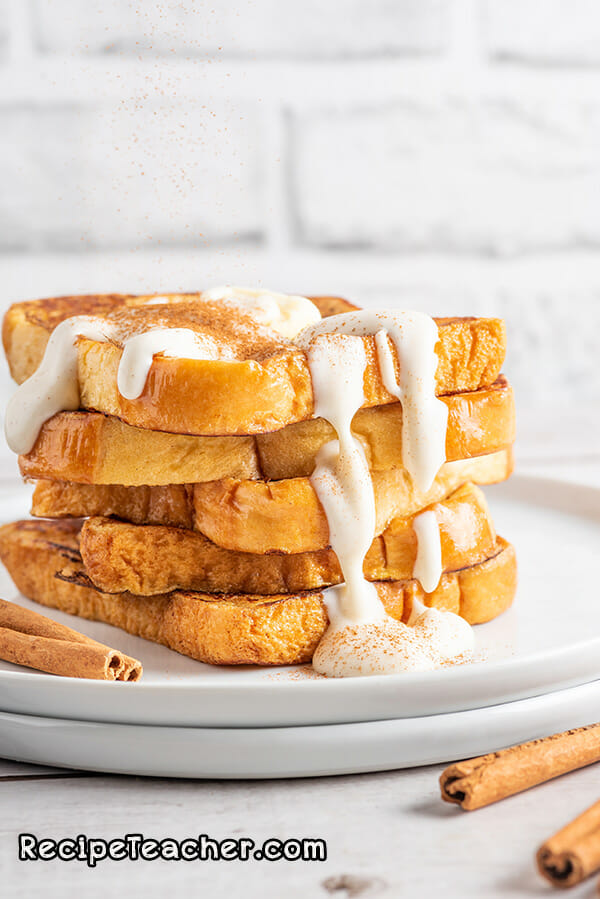 Cinnamon rolls are a favorite of mine. You can smell the delicious aromas from cinnamon roll shops from across the mall or across the street. It’s an unmistakable delight to the senses. Another favorite food of mine is French Toast. There’s nothing quite like a nice thick piece of bread dunked in the perfect mixture of egg custard and served hot off the griddle. But, how about if we take the best of both these worlds, and combine our French Toast with the essence of cinnamon rolls? Oh yeah, let’s get this feast started!

What’s the Ingredients for the Egg Mixture?

We’re gonna make our egg mixture, or “custard” with a very simple few ingredients. We’ll use 4 eggs, ¾ cup of milk, 1 teaspoon of vanilla extract, 1 teaspoon of cinnamon and a pinch of salt. That’s it. If you want to really go crazy with the cinnamon you can, but do it in increments of ¼ teaspoon at a time. A little cinnamon goes a long way.

What is the Best Bread for Cinnamon Roll French Toast?

I like to use a good, thick sliced bread that hold up well to the egg mixture and the icing. Brioche bread is ideal for this recipe and is my favorite to use. There’s many other breads that will work well too. Texas toast is a thick sliced bread that’s very popular with French Toast recipes. Challah bread is another favorite. It has a nice crust and the inside is so sweet and soft. Sara Lee make an artisan style bread called Arteseno that I really love for French toast too. It’s think sliced and is excellent for French Toast.

I remember when I was a kid and i’d make those popular cinnamon rolls that came in the cardboard roll. They would contain a little cup of the most delicious frosting. There were so many times when I couldn’t keep myself from enjoying the frosting before the cinnamon rolls even came out of the oven! To make an awesome frosting for our dish, we;ll use 4oz of cream cheese at room temperature. This part is very important. If you forget to take the cream cheese out you can place it in a bowl of microwave it for 20 seconds. If it’s still a bit cool, do another 20 seconds. Then we add ½ cup of powdered sugar and ½ cup of heavy cream. Mix it up by hand, or use a mixer if you wish. You don’t have to refrigerate it because we don’t want it to be too thick. It should pour and spread easy on the French Toast. 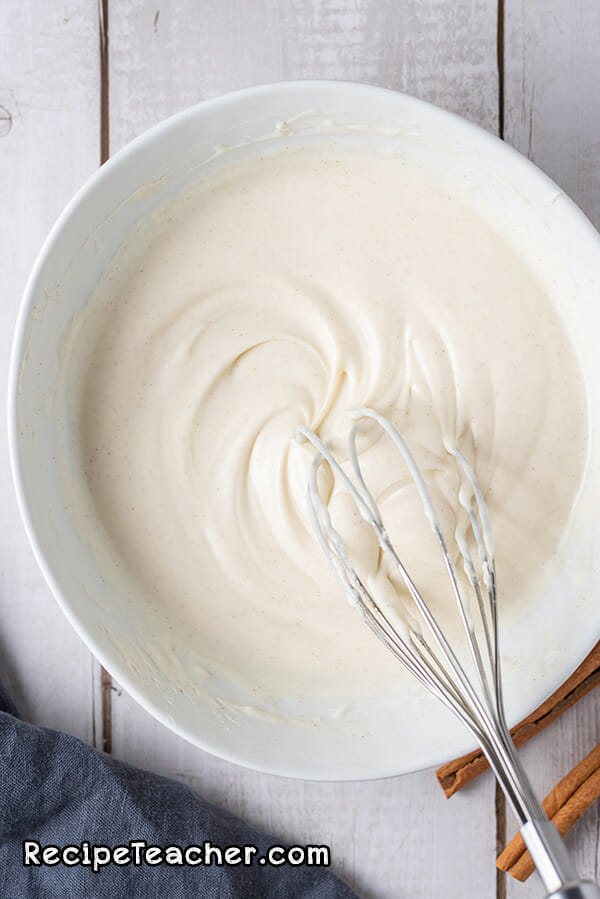 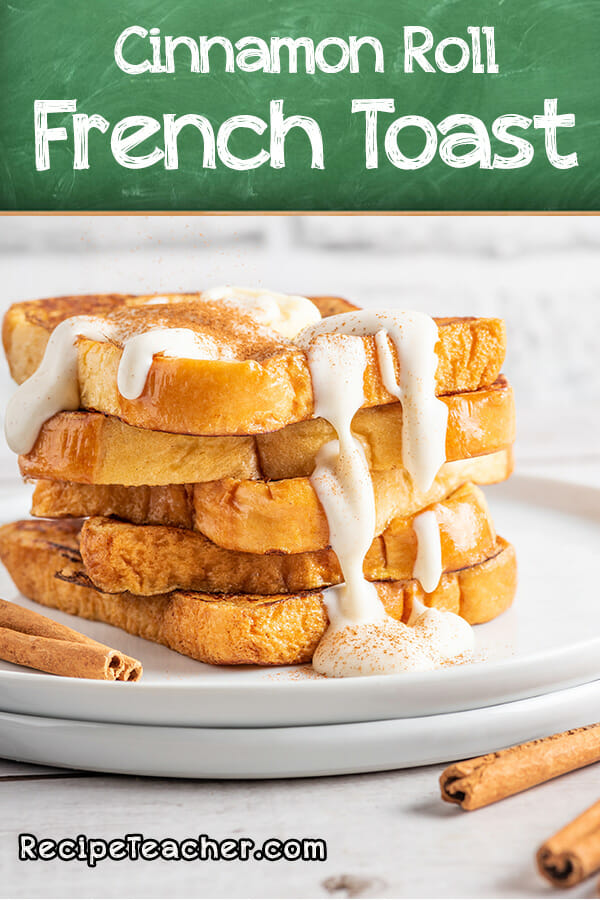 All contents are copyright © 2020 by recipeteacher.com. No images or recipes may be used without expressed written consent.